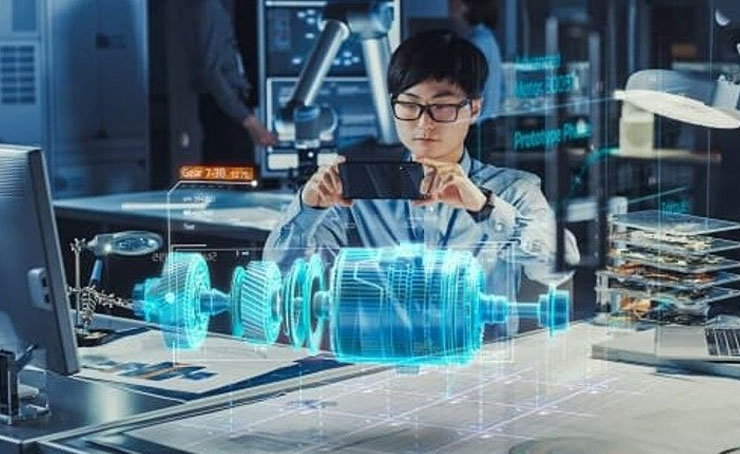 Recently I had the opportunity to facilitate an interesting discussion with Vijayanandraj Vaiyapuri Ramalingam, PhD, business intelligence and solutions architect at Sify Technologies North America Corp. and Dmitry Kopytin, qualifications developer at BMW. This webinar provided an overview of extended reality in manufacturing and offered a first-person account of BMW’s experience with virtual reality in training.

The use of XR reality in training isn’t new, but the only industries that could initially afford it were the military and healthcare. Due to economies of scale, other industries, including manufacturing, are starting to use XR technologies in training to achieve beneficial results such as:

Another benefit of XR technologies is that users can work remotely while feeling like they’re present in the physical workplace — which has been particularly important during the COVID-19 pandemic. Plus, XR technologies have proven to be very attractive to the generation of manufacturers who grew up with the Internet and immersive games, as these new manufacturing technologies employ gaming techniques with which these younger users are very familiar.

XR is a term that encompasses many different technologies like virtual reality, augmented reality and mixed reality. Our panelists answered questions from the audience about the complementary technologies comprising XR.

What is augmented reality (AR)? AR overlays digital content such as images, video and data onto the real world. Augmented reality devices include commonly owned tools such as smartphones and tablets, as well as smart glasses and headsets.

What is mixed reality (MR)? Like AR, MR overlays digital elements onto the real world, but it also allows users to interact with those elements through devices such as Microsoft HoloLens and Magic Leap. In manufacturing, MR is commonly used to convey virtual work instructions, and to overlay tools on different types of processes.

For companies that are thinking about introducing XR-based solutions, Sify Technologies’ Ramalingam said to first determine whether your workplace is ready for them. In certain cases, you might really need a larger physical space. The next consideration, especially from an adoption standpoint, is people readiness. When we talk about people readiness, any first-generation technologies will have their own issues. So, you need to educate people; have them be prepared.

From a technology standpoint, Ramalingam explained that organizations should first define their business requirements, then align their XR technologies and devices to those requirements. This is a newer technology that is still evolving, so whatever XR advancements are happening, you need to have a plan to integrate and move forward. It's all about finding the right solution for the problem at hand. There are use cases of what works for VR, and there are use cases of what works for AR, and you need to be very clear in your requirements.

Ramalingam stressed the importance of the adoption process. At the end of the day, any technology is only as successful as how it has been adopted in the organization, noting that adoption risk factors include the age of users — as older workers tend to be more resistant — and the probable necessity of sharing devices.

He also explained that XR technology is not going to replace traditional training tools. It has to be more of a complementary tool. In certain cases, this could be part of a package that you’re going to roll out, or it could be part of an elearning session.

BMW’s Kopytin, who helped introduce VR into the company’s workplace training with two 360-degree videos, agreed. “We took it a step back and thought, what would be something to start with? We decided to start with things that give people a 360-video approach. We didn’t want to say that XR has got to replace all the classroom training; we didn’t want to scare people. We just wanted to give our associates an extra tool.”

The 360-degree approach allows users to immerse themselves in a space where they can observe and learn from the environment around them. According to Kopytin, the auto company has seen big results since implementing the approach. Associates participating and completing the modules were able to identify issues a lot faster.

Following its success with 360-degree videos, BMW explained its use of VR to virtual spaces. “We are trying to put the virtual space in front of the trainee and create a place for troubleshooting,” says Kopytin, pointing out that virtual spaces allow companies to remotely provide an identical experience to a classroom of trainees without having to maintain a huge training center with multiple machines.

The ultimate goal is to allow trainees to embed themselves into training, which is not just putting a video in front of them, or asking them multiple types of questions, but actually interacting with their thinking.

Tooling U-SME’s new virtual reality labs, set to debut later this year, will allow companies to provide just that sort of interaction as a response to the growing popularity of virtual reality in the manufacturing industry.

The labs will work similarly to a video game, so as users move along, the task will get increasingly more difficult. The tolerances will get tighter, and there will be additional tools to use. As the lab advances, it will collect data and analytics using the xAPI standard and chart how employees are performing as they progress through the lab. Using this data, Tooling U-SME will make real-time content recommendations for those students based on how they’re doing in the virtual reality world.

XR technologies are a great bridge between the knowledge side and the skill side of the traditional competency model. They really are just another tool in a blended learning solution, allowing more time for the hands-on training.

Want to learn more about how implementing XR training solutions can benefit your workforce?